The Choirs of H-B Woodlawn

Grades 6-8 (Non-Audition), Meets 4 times per week during the school day

One of the many great art electives offered to the Middle School students of HBW, the Middle School Choirs are a place where students can enjoy the art of singing.  Students are taught how to use their voices, develop a better sense of age appropriate vocal technique, train aural skills, learn to read music all while singing fun and enriching songs.  Middle School Chorus is taught in two separate single-gender blocks so that each group can focus on the things that are unique to each.  Middle School Chorus students perform four concerts along with the high school ensembles, attend the District Chorus Assessment, and go on a trip to either Hershey Park or Busch Gardens each year.  The chorus program is a great way for middle school students to get acquainted with H-B Woodlawn, meet and collaborate with students in all grades, and have a rewarding experience.

Grades 9-12 (Non-Audition), Meets 4 times per week during the school day

The Concert Choir serves as the foundation for our high school choral program.  Singers learn to develop proper vocal technique, music reading skills, and knowledge of SATB choral repertoire.  The Concert Choir is featured at our four annual concerts.  Additionally this choir has learned and performed major works of the choral repertoire, including selections from Handel’s Messiah, Vivaldi’s Gloria, Mozart’s Coronation Mass and Rutter’s Mass of the Children.  In the end, singers of this ensemble explore the full range of music in the choral repertoire.  Concert choir is taught in two separate single-gendered classes.

Grades 9-12 (auditioned), Meets 4 times per week during the school day

It was the Florentine Camerata of the late sixteenth century that met to improve the art of music and thereby society could be improved as well.  In that vein, The HBW Camerata aims to perform demanding music of the treble repertoire with artistry and in the celebration of music, such as Eric Whitacre’s Five Hebrew Love Songs.  This ensemble explores their full range of vocal technique and is challenged with the most demanding sight reading skills.  For their accomplishments and dedication to fine arts, in 2007 the Camerata was invited to perform for the Virginia Music Educators Association (VMEA) annual conference.

Grades 9-12 (auditioned), Meets 4 times per week during the school day

The H-B Woodlawn Chamber Singers seeks to refine the skills necessary to be a professional choral singer.  This ensemble continues to work on their full range of vocal technique and is challenged with the most demanding sight reading skills.  Together we explore the most demanding chamber music repertoire and seek to perform these pieces with mastery, including pieces by Palestrina, Bach, Brahms, Poulenc, and Whitacre.   The Chamber Singers’ reputation has created invitations to perform for the Jane Franklin Dance Company, the Alexandria Harmonizers, the annual Benefit for the Neediest Kids Foundation at Ford’s Theater, the 2004 and 2015 Virginia Music Educators Association (VMEA) annual conference, with the Washington Chorus during their Christmas concert tour at the Kennedy Center and Music Center at Strathmore and performances at the Washington National Cathedral, New York’s St. Patrick’s Cathedral, Rockefeller Center, the White House, and Carnegie Hall.

In response to many requests by HBW community members for an opportunity to come together and sing, The HBW Community Chorus came together for the first time in November 2009, performed on the December 2009 Winter Concert, and has since become an annual tradition.  All are welcome to join, no matter your relation to H-B Woodlawn, or your past singing experience.  Rehearsals will begin in November leading up to December Concert, and are available at both early morning, and late evening times to accommodate work and personal schedules.  Please check the Calendar Page for more specific information about rehearsal times.  The chorus will learn two of it’s own pieces of music, as well as Handel’s ‘Hallelujah Chorus’ from Messiah for the grand finale of the Winter Concert.  Join us for this fun, winter H-B Woodlawn tradition!

Bill Podolski has been the Director of Choral Activities at H-B Woodlawn for the past twelve years where he teaches six middle and high choral ensembles.  Having earned a reputation for excellence, the HBW choirs are frequently invited to perform throughout the community, in major concert halls and in collaboration with fellow artistic organizations.  The HBW Chamber Singers have offered featured performances for the 2015 Virginia Music Educators Association Conference, during the Washington Chorus’ Candlelight Christmas Concert at the Kennedy Center, and for Vice President Joe and Dr. Jill Biden at the Naval Observatory.  In addition, Bill has produced and directed the the HBW Musical productions for the past ten years.

Prior to H-B Woodlawn, Bill taught at Forest Edge Elementary School, Reston, VA, as general music teacher, drama coach and department chair. In 2007 he was awarded PTA Teacher of the Year and in 2008 his colleagues honored him with the Staff Recognition Award. Bill has also served as the Assistant Conductor for the Choralis Foundation and as Director of Music Ministry for St. Matthew’s Episcopal Church, Sterling, VA.

As a professional and choral singer, Bill has performed various opera roles, featured solo recitals in St. Moritz, Switzerland and has participated in choral performances at Lincoln Center, Sydney Opera House, with the Cologne Philharmonic and in concerts leading up to the 2008 Summer Olympics in Beijing and Shanghai.  He is a former member of the Voce Chamber Singers, the National Philharmonic Chorale and National Philharmonic Singers. As a conductor, Bill has served as Student Conductor for the Gemini Youth Chorale and the George Mason University choral program.  He is also frequently sought out to adjudicate singers and choir festivals.

Bill is an active member of the National Association for Music Education (NAfME) and the American Choral Director’s Association (ACDA).  In 2008, he was awarded the Colleen Kirk Award by ACDA for dedication and excellence in the first three years of teaching.  Bill is the immediate Past President of the Virginia Chapter of ACDA.  He is also a former member of the Virginia Music Educator’s Association (VMEA) Young Leadership Symposium. 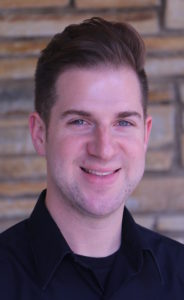